Nsílí/Question: What is the age range for being young in Africa?

From what I see: 25, 30, 40, 50 years old, many consider themselves « young » and react as if everything is due to them. As if getting out of their condition would depend more on the good will of those who, according to them, block everything. If at 30-40 years old we consider ourselves young, what about the 15-18 years old?

We hear it enough, the African population is made up in majority of people under 18 years old. So, the one who is 32 years old and does not stop considering himself as a « young person » to whom « we » steal the future, again, what about the one who is 17 years old?

For my part, I think that in 2022 a « young person » has more opportunities to be aware (and therefore to become an actor in his life) than his fellow man of the 70s and 80s who, as a reminder, experienced an even more deleterious geopolitical and geoeconomic context. For example, the SAPs (structural adjustment plans) of the IMF and the Ebulgadzanga (huge mess, to speak trivially in Ewondo language) that followed on the socio-economic side. And at that time, there was no Internet or that informational boulevard available to the « young » of today to establish his understanding of the context.

In 2022, a « young person » has more opportunities to be less complex (in relation to the Western world) than a young person of the 40s, 50s and 60s in the middle of colonization and its crushing weight (in terms of psychological destructuring)

To make it simple: a young person of the years 50-60 had more probabilities to see the Western way of life as the panacea and thus to act more easily as a supporter of this one. When we understand this, far from focusing our energy on lamenting the role of this young person of the 60s who has become an adult, we focus on the question: how can we prevent today, in view of our understanding of the context, this substitute from orienting our lives by his choices?

The nuance is immense! Hence the necessity at some point to stop this posture of « I am young / I suffer, everything is due to me ».

This is not a judgement, but an invitation to get moving ALREADY instead of expecting your daily life to change when those you consider « responsible » for your fate, become (with a wave of a magic wand no doubt?) different.

In short, it is a question of taking a clear position. Either one adopts the complaint (our life is going badly because of those who lead us), or one understands that one’s first savior is oneself, and one creates the conditions to push the « old » to go in one’s direction.

An example to follow: the Malian civil society, in particular the case study « YEREWOLO

All those who are interested in the dynamics underway in the Sahel, especially in Mali, have had time to see the immense work accomplished by this civil society movement which intervenes not only on the political level, but also on the socio-economic and cultural levels. Their latest action, a field work for a more equitable justice. This is a civil movement which, far from the fashionable themes such as the rights of Lgtbt, democracy and other themes supported by the outside, tackles first of all the real problems of the Malian society, such as the right to a fair justice, the land issue, which is very important. In Cameroon, for several months now, the subject of soccer has been dividing and tearing people apart, but in concrete terms, is soccer going to provide solutions to problems such as the right to justice for all? Those of the land question? Why don’t we see the same enthusiasm on these subjects?

What do we need, finally, when « young », we see that there are brakes to his development? To get one’s hands dirty, by tackling problems where the solutions, especially if inspired by field work, have a direct impact on one’s daily life? Or do you want to stay in the « old people are blocking us » mode?

A dichotomy that must end

Indeed, one cannot, on the one hand, consider that « old people » are selfish and full of faults, and on the other hand, expect empathy and intelligence from these « selfish old people ».

This could not be more contradictory. If one recognizes that they are adorned with these shortcomings, what is the point of lamenting about them without trying to act concretely to change the situation? Because, after all, if the status quo serves the interests of these « old men », why should they change the deal? It is up to the person who complains to do what is necessary so that the cause of his or her complaint is resolved.

In the same way, it should not forget that the old people of today were also children of yesterday, young people of yesterday, in contexts that were just as destroying and deconstructive, if not more so. To meditate on! ©Minsili Zanga 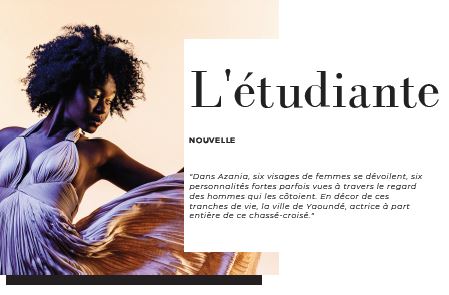